Brian Medwood (1975-2002) was a pioneer and ground-breaking entrepreneur in the field of renewable energy. He was one of the first to see the potential in the Southern Arava region for production of electricity from renewable energy.

Medwood was born in Michigan, Detroit, USA. During his childhood he was a member of the Habonim youth movement, where the land of Israel was much discussed. When he was 13 he and his family spent the summer on Kibbutz Yotvata. There he first came to know the southern desert and the kibbutz vision firsthand.

During his youth Medwood studied music and was interested mainly in composing. During those years (the end of the 70’s) the first green movements began gaining momentum in the United States. Movements which focused on raw food and living close to nature as an integral part of it. Medwood connected with these ideas and chose to combine his music studies with a program in sustainable agriculture. At this stage he and his wife decided to make a visit to Israel. 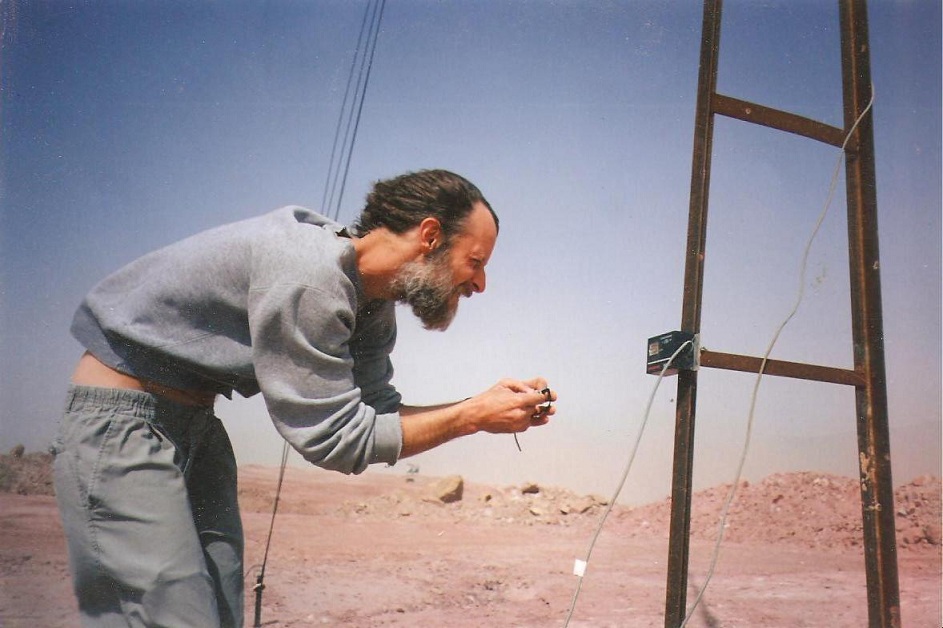 In 1981 they made a 6 month visit to Israel, dividing their time between the Southern Arava and central Israel.

At the end of the visit the couple returned to their home in the United States, but the idea to immigrate to Israel had taken root, and in 1984 Brian and Elaine Medwood came to live in the Arava, where Brian worked in various field crops and the mango and date orchards.

At the end of the 90’s they visited friends in Seattle who lived on a large farm near a small river. Together, Brian and his friend’s built a small apparatus for generation of electricity from the flow of the river. The experience of creating electricity in Seattle, together with his work in the fields under the hot desert sun, brought Brian to the realization of the huge potential of natural energy source, and particularly the power of the sun.

He began to read, develop and thoroughly study the subject of renewable energy. During this period, he met David Fineman who was working on renewable energy in the Sde-Boker area. Medwood spent some time working on Sde-Boker as a technician and researcher in the kibbutz’s solar energy center. While there he co-authored a number of articles and gave several lectures.

In 1992 Medwood initiated the establishment of the ‘Sunergy’ project. This project aimed building a 200MW solar field, which would be able to fulfill the entire electricity needs of Kibbutz Samar, as well as also generating income from supplying additional electricity to the regional grid. As part of the project Medwood registered a patent for a unique solar receptor which he developed. A 5MW prototype field, which is still currently in use, was established for the project.

Among themselves Medwood’s friends called him “the solar man”, because Brian would show up wherever there was a renewable energy project, contributing, helping out and generally taking an interest.

Part of Medwood’s vision was the desire for peace. He was a member of the Eco-Peace organization, whose goal is to take advantage of ecological and environmental activities to work towards achieving peace. Medwood, together with a group of activists, initiated the establishment of a solar clinic, ecologically built with mud, in Wadi Na’am, an undeclared Bedouin village which was not hooked up to the electricity grid. The project ended up being extremely successful while never actually being realized. The group activities made Israeli health officials (Kupat Holim) to realize that they had to provide services in this area, and an official clinic was established by one of the large Health Funds. 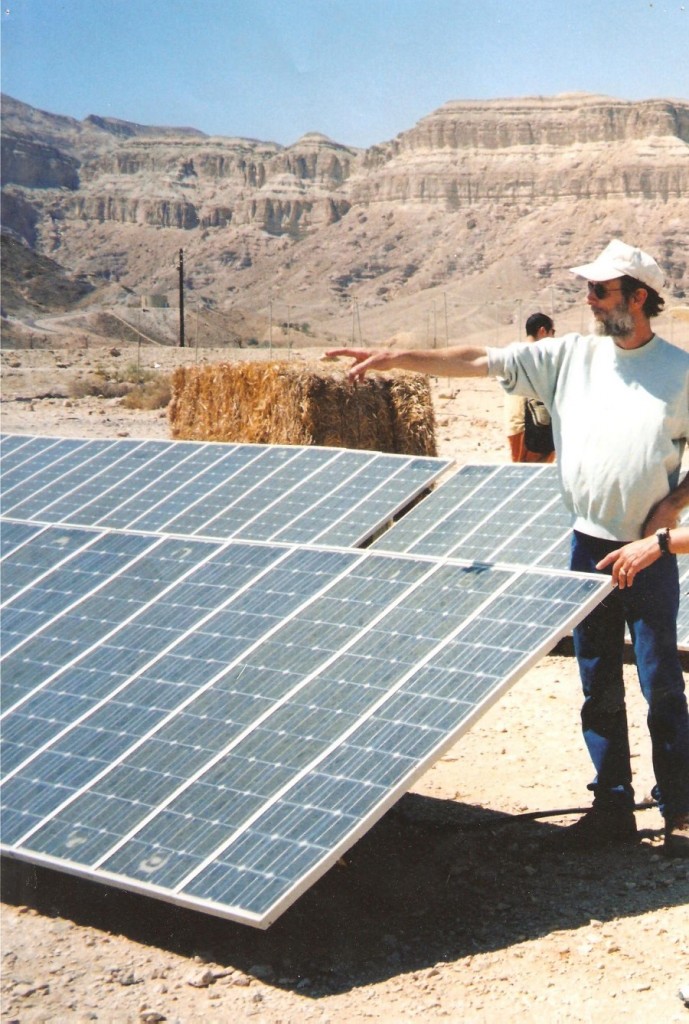 The issue of the Bedouins in the Arava was of particular importance to Medwood. He believed that they had the greatest potential for optimal utilization of renewable energy, since there are entire Bedouin villages which aren’t connected to the national grid at all (despite the ironic fact that high voltage grid pass through these villages).

His last project, which was part of his vision for Arab-Jewish cooperation, was the installation of solar panels in a Bedouin village. In 2002 Medwood volunteered to help one of the families which had a diabetic child. Insulin has to be refrigerated, and the family was in need of a good refrigerator, but the village was not hooked up to the electricity grid. Brian arranged for a refrigerator and a solar panel and generator to run it for the family. On his return trip from the village to his home in the Arava he was killed in a road accident.

The Sunergy project that Medwood dreamed about, foresaw something that at the time was considered completely unrealistic – that one of the agricultural “products” of the Southern Arava, in addition to the dates and peppers and mangoes, would be renewable energy.

We commemorate Medwood’s legacy by giving out an award in his name, each conference, to a company, individual or organization that has contributed to the development of renewable energy in the Arava and in Israel.