The question is no longer whether renewables have a role to play in the provision of energy services, but rather how to incorporate existing policies into a coherent framework that allows for the development of new business models.

The role of renewable energy policies has reached a new phase: from support policies to enable the development of new technologies and to build up a market by bridging the cost gap between conventional and renewable energy sources, towards a market framework that reflects the different nature of renewable energies. New build renewable power generations are now almost universally cost competitive with new build fossil power generation.
The next mission for renewable policy is to enable the development of new business models and market designs. 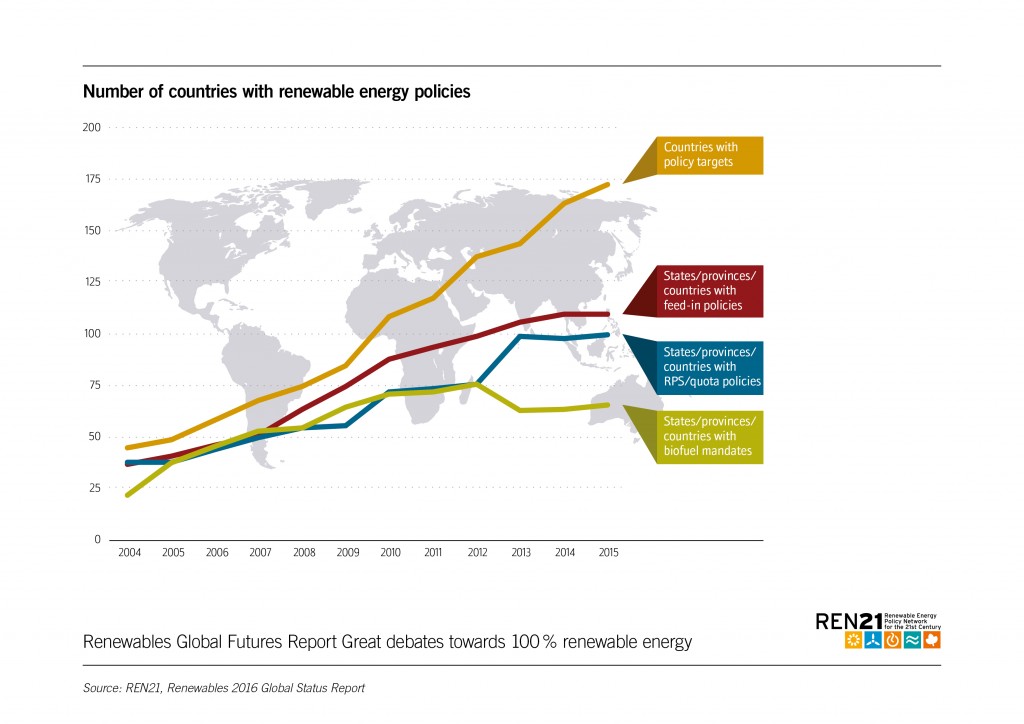